Thursday is the new Friday apparently, but for me it’s Wednesdays! Since graduating from the University of Salford earlier this year, where I studied Animation, I have had the pleasure of working at Carbon Creative every Wednesday! (Which is the highlight of my week – that and watching I’m a Celeb!)

So far I have spent 4 Wednesdays at Carbon Creative and have already learnt so much in that time, including some new programmes I’ve never worked in before!

Before I started I only really used Adobe Animate (Flash). But with lots of help from Nolan (the Motion Graphics go-to guy at Carbon) I can now use Adobe Illustrator and After Effects. I’m not yet a pro, like Nolan, but I am always learning and improving each day and am excited to work on more projects with Carbon in the weeks to come.

What I’ve been getting up to…

Prior to coming in I did some sketches of a character I created, called Buddy, in a variety of poses, which Paul looks at to recreate the character in Illustrator to match the final character design – a polished, clean and very professional looking Buddy, which looks fantastic – TOP DOG!

We needed to create 3 different scenes for Buddy to be in, I animated one of the background scenes for Buddy. This was using After Effects with the Illustrator files provided by Nolan. I moved a truck across the screen, a forklift drove out of a garage and carried boxes to a truck and reversed back into the garage. While trains kept flashing past in the background and the sun rotated round. (I did this with a lot of help from Nolan, I had to keep pestering him on how to do certain things, which he was very happy to help me with!)

Again, with lots of help from Nolan, I also worked on animating Buddy in a plane. I made him wave his hand and animated the clouds reflecting in his sunglasses – which was quite difficult!

I exported Illustrator files out into separate assets- getting them ready to animate! I then imported them into Adobe Animate as different layers. Next, I animated the Carbon ‘About‘ page character (scratching their head, water flowing, light bulb glowing), exported it as an SVG and imported all the SVG frames into Adobe Illustrator next to each other (Masking out the overlapping parts on the image).

Finally, I was set a little piece of homework to re-create the ‘About’ page character in Illustrator for next week. 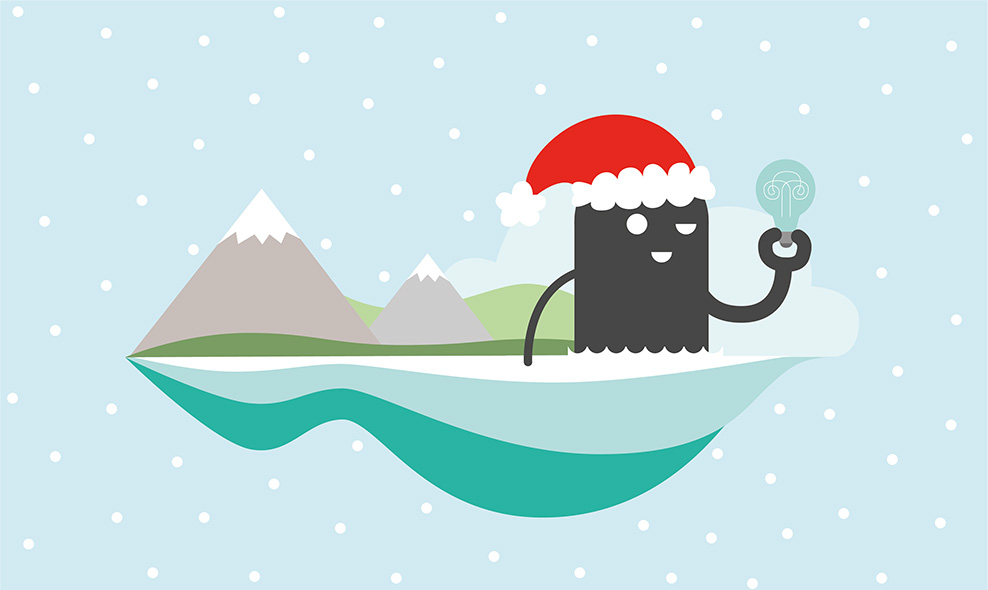 This week I was left to my own devices and tried not to ask Nolan any questions! I animated the ‘Campaign Services‘ seedling character (jumping side to side, with flag waving), had a go at creating my own little seedling character in Illustrator, and I was given the task to design a new Carbon character, for the New Year which I am still working on – I want to do it justice!

My very own Carbon character!

After just 4 days at Carbon, I’ve learnt so much! I’ve become much more comfortable working in After Effects and Illustrator which I had never used before and can actually create something in those programmes now! I used Adobe Animate before, but I only did frame-by-frame animation, and have now experienced animating Tweens and using symbols. I am excited to learn more each day and to use the new skills I’ve gained in the future. Thanks Carbon! ☺️