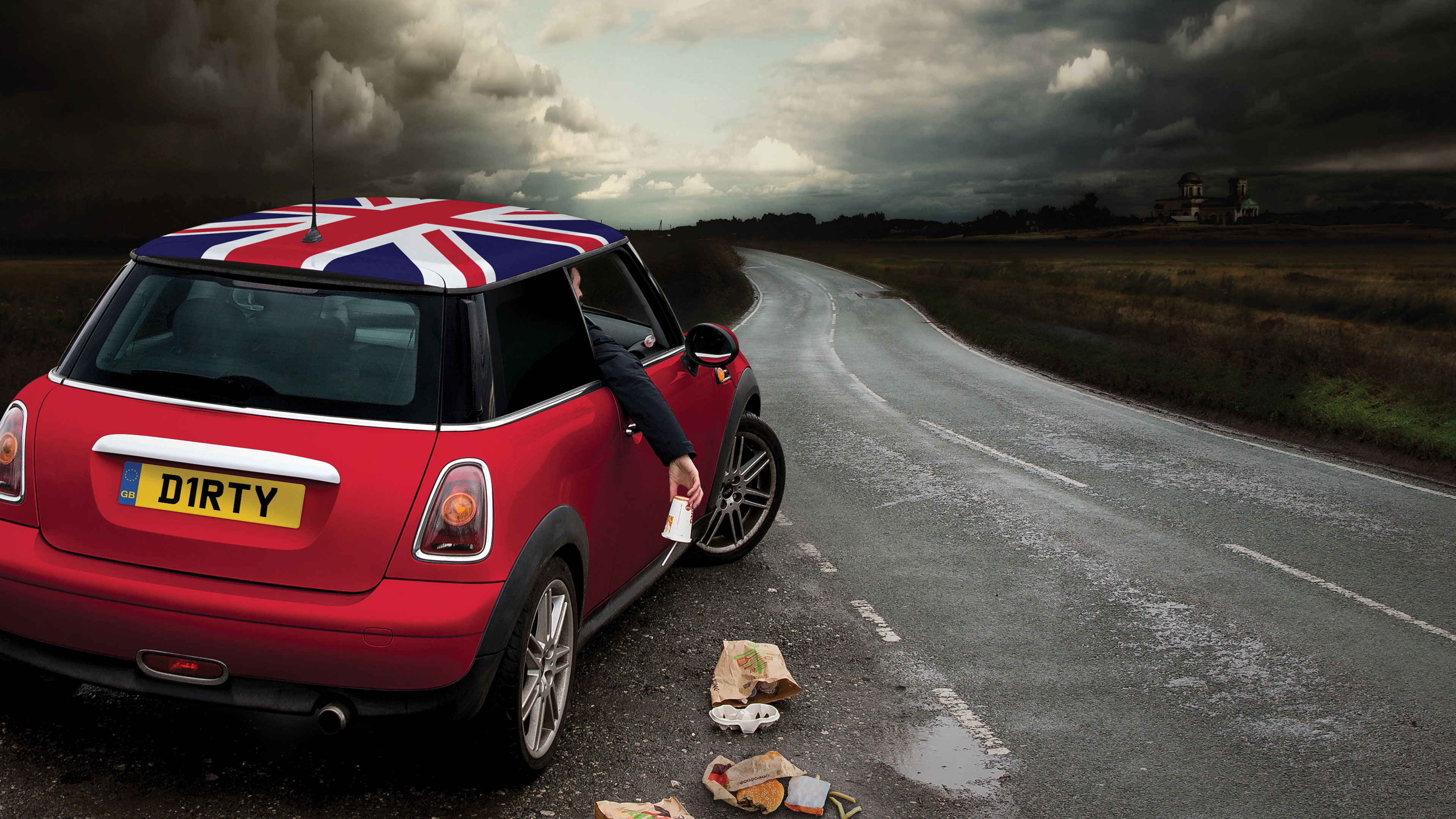 It's no secret what people think of you!

We were invited to help Keep Britain Tidy to pilot a new vehicle litter reduction campaign, targeting and changing the behaviour of those people who think it's acceptable to use our roadsides for littering, or as we at Carbon like to call them... lazy, disgusting slobs and dirty tossers!

The campaign had two main objectives. Firstly to raise awareness of vehicle littering and secondly to reduce the amount of litter in the target locations. We decided the best way to really grab the driver’s attention would be to create visual posters to be used in motorway service station washrooms and outdoor 6-sheet locations. We wanted to encourage motorists to change their behaviour, by disposing of their litter in a bin rather than throwing it out of a vehicle.

Research suggested that people care about how they are perceived, so we created two version of the posters, which highlighted the negative perceptions that people hold towards those who litter from vehicles.

We created scamps to quickly generate multiple ideas and to communicate more clearly with the client at this stage. After agreeing on the best route to take we conducted a photoshoot to get the shots we needed to visualise the concept. Both routes relied on extensive, specialist photo retouching and compositing to achieve the desired result.

This route subtly describes what people think of people who throw litter from their cars. The car is seen driving away from fast-food litter that has been thrown by the roadside. The art direction and retouching add drama and focus on the car, the driver and the act of littering.

The number plate reads ‘D1RTY’ and the messaging reads ‘It’s no secret what people think of you – Bin your rubbish or drive it home.’ The ad is supported by the Keep Britain Tidy Love Where You Live Tidyman in the corner with the Union Jack visible on the roof of the car and in the bottom corner to appeal to peoples sense of national pride. 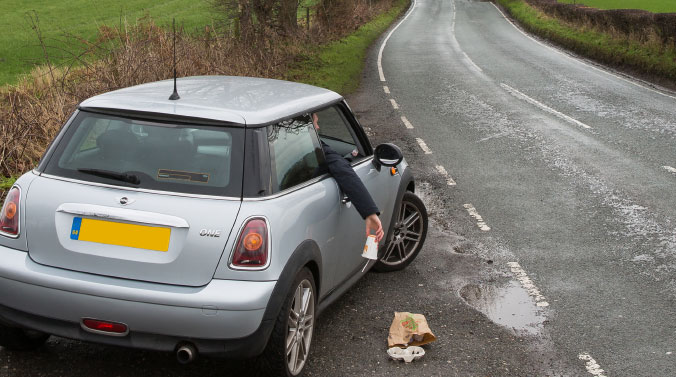 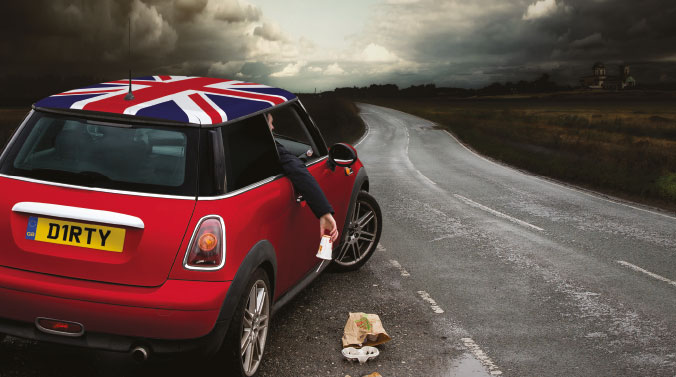 Who wants to be labelled a ‘lazy, disgusting slob’?
As a secondary route to our campaign we elected for something more hard hitting using a direct use of language. Fast-food litter is seen having been thrown from a parked car with it’s door open.

The brand names on the items of litter have been changed to show what people really think of people who throw liter from their cars – ‘Lazy Disgusting Slob’ and the message reads ‘It’s no secret what people think of you – Bin your rubbish or drive it home.’ 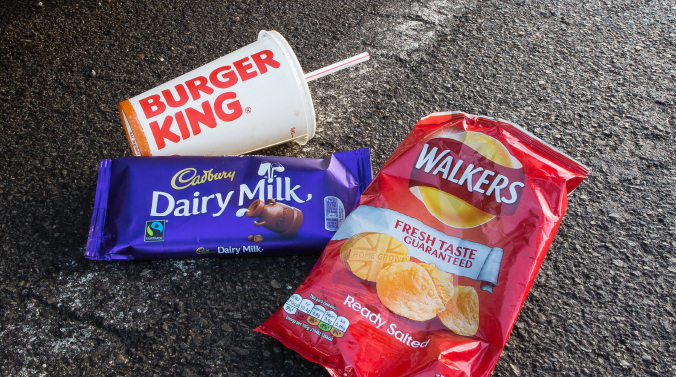 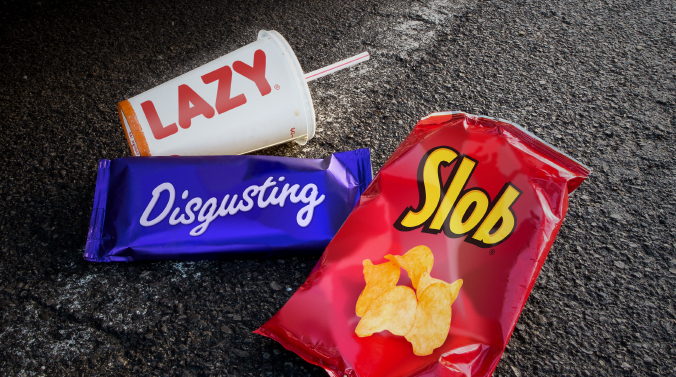 The campaign was trialled at three local authority areas which included Ashfield, Pendle and Blackpool. Sheet versions of the poster were placed around car parks and entrances to services, and smaller versions were placed inside the services, in washroom panels above hand dryers and on the back of cubicle doors.

These are brilliant - we love them - spot on the brief.