Alt Primary School and St Hugh’s C of E Primary School in Oldham have had fruit trees planted on school grounds as a thank you for taking part in a recycling campaign.

Both schools participated in the Recycle for Greater Manchester European Union LIFE+ funded project, Up and Forward, where residents living in Alt and Holts were rewarded with a golden ticket every time they put their recycling bins out for collection with the correct items inside. The schools then had to compete to see who could collect the most tickets.

Kate Hadfield, Carbon Creative Studio Director explains: “In 2006 we started planting trees in local areas as part of your carbon offsetting scheme. Where possible we will always support planting trees directly with our clients so they can choose locations for the trees. We are really thrilled that 2 Oldham schools involved in the Up and Forward project are taking part and planting a selection of our fruit trees with Recycle for Greater Manchester. To date we are proud to say we have planted over 5,000 lovely trees dedicated to our clients.”

Pupils from the schools were assisted with the tree planting by the Up and Forward team, Oldham Council staff and local councillors.

Councillor Jenny Harrison supported the recycling campaign: “The gift of fruit trees is a great prize for the schools. Not only does it recognise their tremendous efforts in the recycling challenge but it supports their learning about how plants grow, where our food comes from and about eating a healthy diet.”

Councillor Zahid Chauhan also took part in the tree planting: “It is important to recognise that children represent our future and educating them on the environment is critical. I am thankful for the Up and Forward team’s extensive work.” 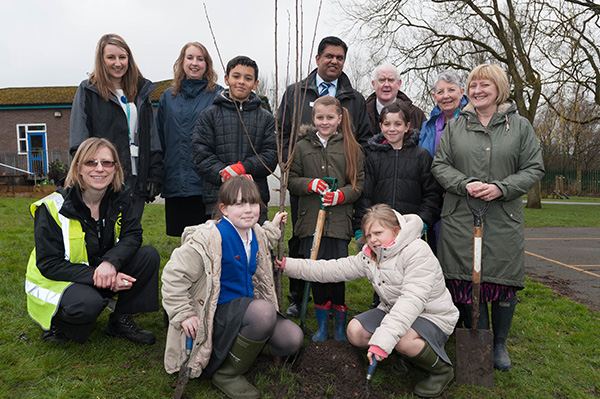 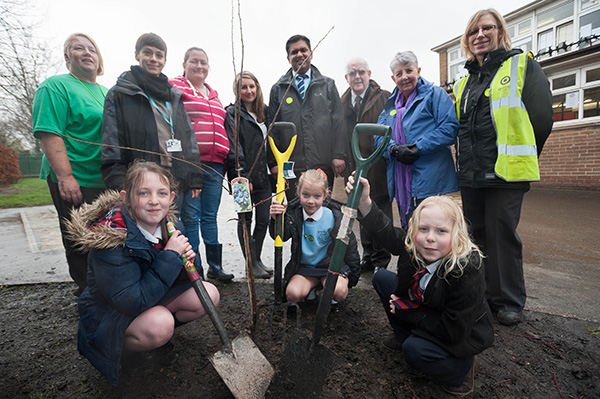